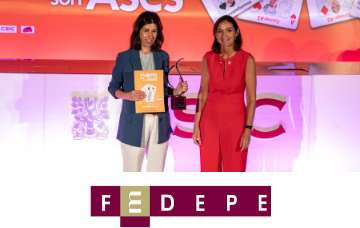 Rocío Arroyo, AMADIX CEO was recognized by the XXXI edition of the FEDEPE awards, in the category of Innovation and female entrepreneurship. FEDEPE is composed of various women's associations in the business sector and public administration that has the institutional support of the Royal Household and the Honorary Presidency of Her Majesty the Queen. 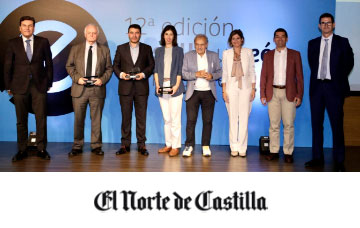 Rocío Arroyo, AMADIX CEO, received the "Entrepreneurial Spirit Award" at the Institute for Business Competitiveness of Castilla y León (ICE). This award recognizes Rocío's talent, effort and innovation in which Rocío Arroyo's "excellence in her work and her contribution to the improvement of society" was highlighted. 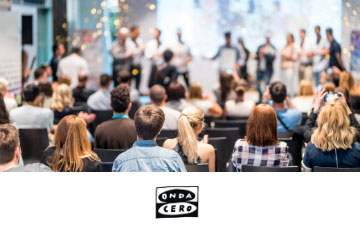 “It is recognized its commitment to research and development from Valladolid, and its growth of talent”. 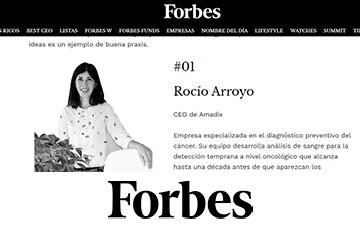 Rocío Arroyo, AMADIX CEO, was selected as one of the 22 most influential and important people, positioning herself among the protagonists that will change - according to Forbes - 2022, highlighting her talent and leadership among other qualities. 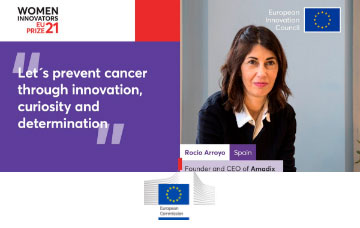 Rocío Arroyo was selected as one of 21 women innovators in Europe - out of 264 applications from 35 different countries - for the Women Innovators EU Prize. This prize celebrates the outstanding achievements of women entrepreneurs running innovative companies in Europe who are working every day to change the rules of the innovation game.
2020
May
Seal of Excellence 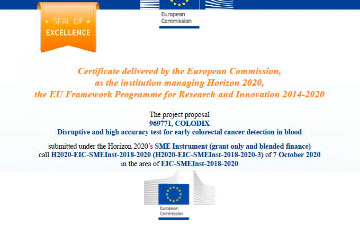 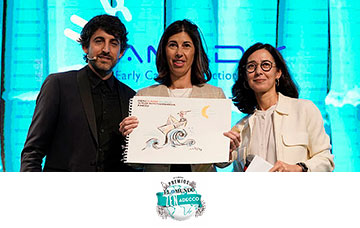 as the great effort undertaken by the company recognizing its commitment with the society. 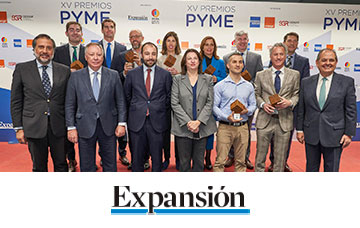 These awards recognize the trajectory of small and medium-sized Spanish companies promoted by Expansion and IFEMA.
July
AMADIX is selected to participate in the Pre-Landing Program in Boston (USA) by the ACTION Innovation Network supported by US Economic Development Administration

This program will connect AMADIX with the power of the accelerators and local stakeholders generating business opportunities in the USA as well as connections with the key decision makers and allow AMADIX meet the main players in the Boston life sciences and innovation ecosystem. 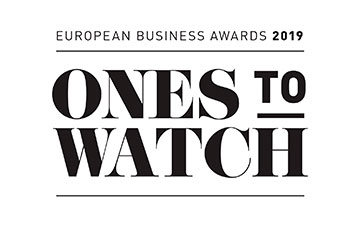 ‘Ones to Watch’ list as a recognition of our business excellence by the European Business Awards, one of the world’s largest and longest running cross sector businesses competitions where the best businesses in 33 European countries compete.

AMADIX was chosen as it demonstrates exceptional achievement in “The Award for Innovation € 0 -25M“and reflects the program’s core values of innovation, success and ethics. 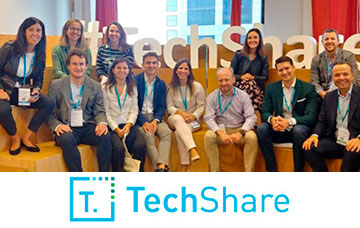 Euronext N.V. European New Exchange Technology is a European stock exchange with registered office in Amsterdam and other markets operated in Brussels, London, Lisbon, Dublin, Oslo and Paris. TechShare is an exclusive European training program aimed at helping technology SME managers better understand how to use the markets capitals and the challenges that an IPO brings.
April
AMADIX receives the Accésit of the Asociación de Iniciativas Empresariales 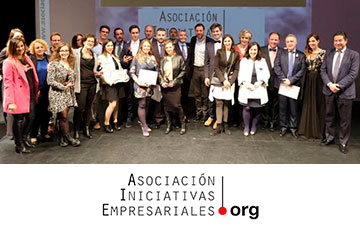 AMADIX receives the Accésit of the Asociación de Iniciativas Empresariales from the mayor of Valladolid - at the City Council of Valladolid - during the V Awards Business Initiatives, recognizing the company's trajectory as well as the value and social impact of the projects that AMADIX is developing
March
Finalist of the Disruptive Sanitas Program in the “Data & Analytics” category with prize money of 25,000 euros where more than 200 projects were participating 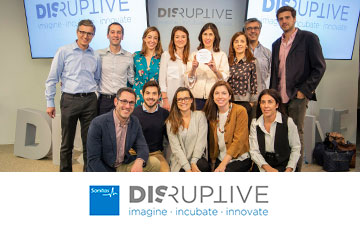 AMADIX participated in a 3-month immersion program at Sanitas facilities working with a multidisciplinary team from the insurance company. 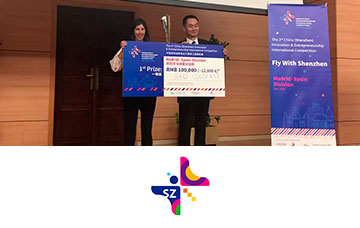 The international phase took place in ShenZhen (April 2019), where the company was 3rd finalist in the healthcare area with more of 150 companies participating from 5 different sectors.
February
AMADIX was awarded by Quality Innovation Award 2018 (QIA 2018 Awards) for PreveCol both in the international (Beijing, February 2019) and national (Spain, November 2018) competition being the best worldwide project valued by all the jury members over more than 500 projects receiving the mention of "Innovation of Innovations Award" 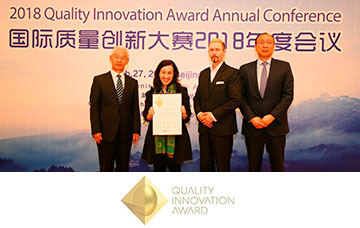 Quality Innovation Award is an annual international competition of which 18 countries are part, whose objective is to promote innovative projects in companies and organizations, to be compared, and to give local and international recognition to the most innovative projects
2018
October
AMADIX received the award for the best start-up at South Summit 2018 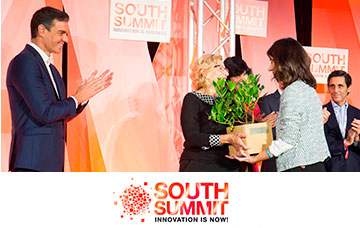 South Summit is the largest international event in southern Europe, bringing together entrepreneurs, investors, start-ups and corporations, in which more than 3,000 start–ups have participated from 84 countries. In addition, AMADIX was selected and participated in an Immersion Program in the USA promoted by Spain Tech Center to prepare AMADIX landing in the USA.
May
AMADIX was selected as 1 of the 10 finalists of the III Edition of Emprende inHealth Programme promoted by Lilly y UnLtd Spain 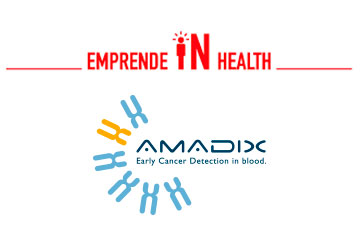 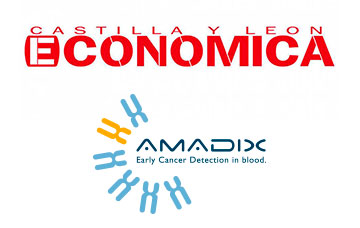 The magazine recognized the best initiatives of the business network of Castilla-León, valuing the management carried out by the entrepreneurs and managers to generate wealth and employment in the region. 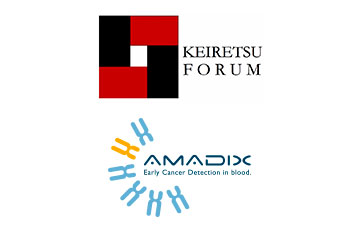 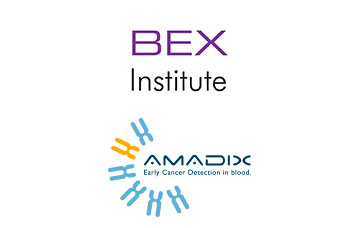 In recognition of its project and its commitment in the development of new solutions related to the field of health. 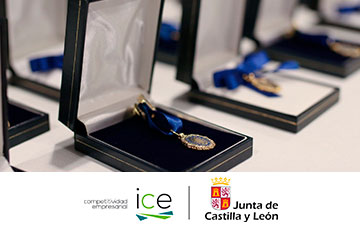 Come and join us to Detect cancer in blood. 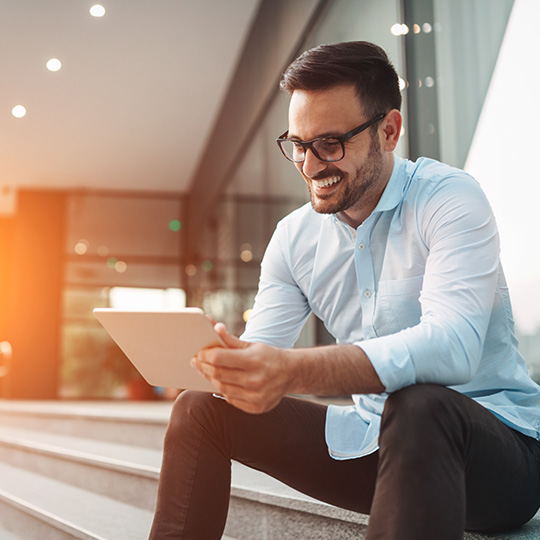